DE&S has negotiated a £229 million deal with Swedish manufacturer Saab for Next Generation Light Anti-Tank Weapon (NLAW) systems, which are assembled at Thales’ facility in Belfast.

The UK has provided thousands of NLAWs to Ukraine to support the defence of their nation following Russia’s unprovoked and illegal invasion. With NLAW, a single soldier can take out a heavily protected modern main battle tank from 20 to 800 metres.

The contract signing comes after the Defence Secretary met with his Finnish and Swedish counterparts during a recent visit to Oslo for a meeting of the Northern Group. Allies examined the equipment and discussed the impact of the conflict on shared security, as well as the success NLAWs have had on the battlefield in Ukraine. 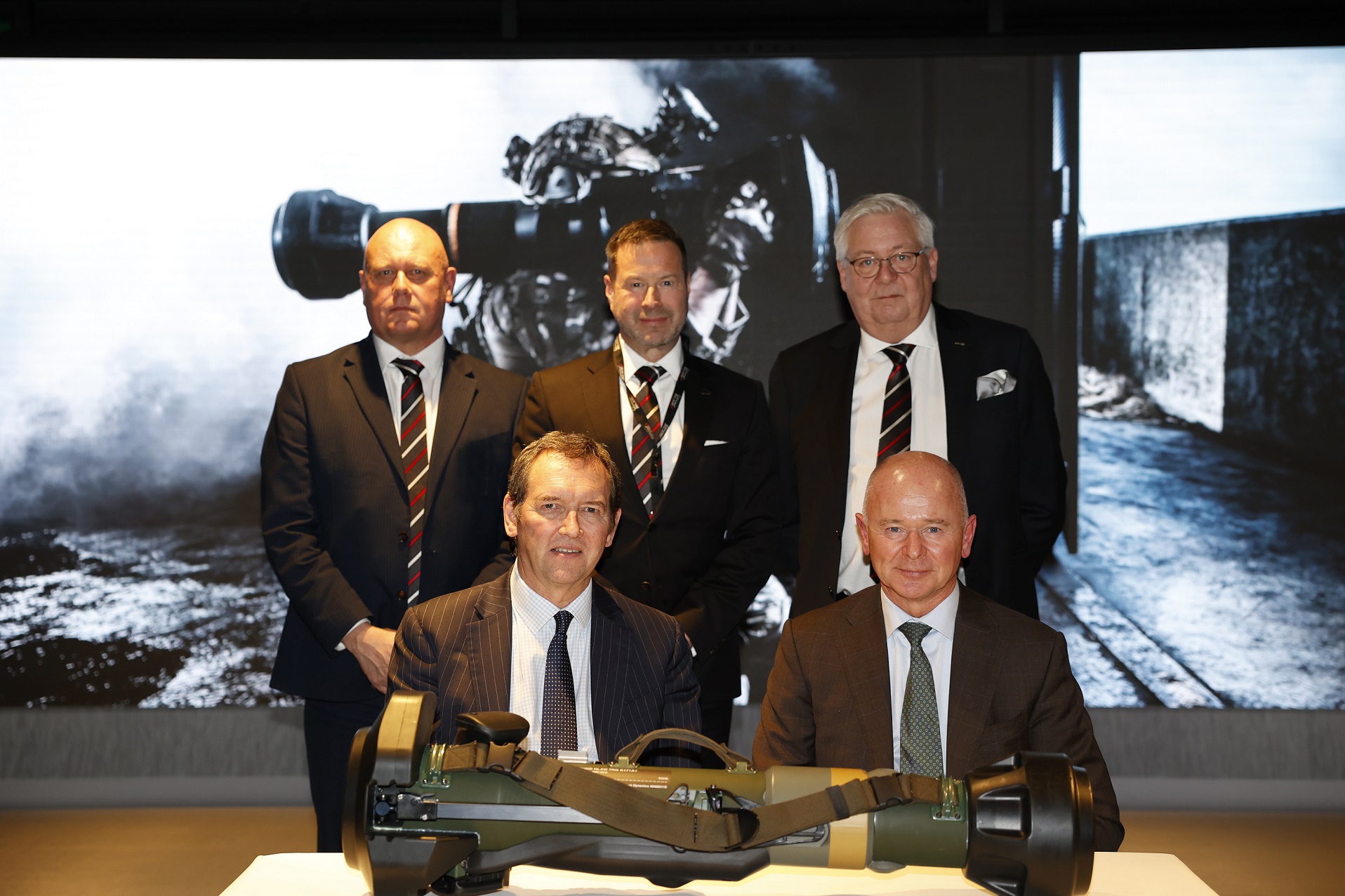 “These next generation light anti-tank weapons have played a decisive role in supporting Ukraine’s army to drive back Russia’s illegal invading forces.

“Working with our first-class industry partners, we are continuing to fulfil our commitment to NATO by ensuring our Armed Forces will receive a steady supply of these weapons over the coming years, whilst supporting UK jobs across the length and breadth of the country.”

Chris Bushell, DE&S Director General Land, was in Stockholm with other members of DE&S for the contract signing today.

The agreement will see several thousand units delivered to UK Armed Forces across 2024-2026, in addition to around 500 being delivered in 2023 through a separate procurement.

Chris said: “Since the start of the Russian invasion, teams across DE&S have been working with speed, agility and dedication to supply crucial weapons and equipment to Ukraine.

“We have seen how effective anti-tank weapons like NLAW have been during the conflict and we continue to stand firm in our support to Ukraine. We will continue to work to support Ukraine while we replenish the weapon stocks for UK Armed Forces.”

NLAW is a shoulder-launched missile system that attacks a tank from above. It combines the simplicity of light anti-armour weapons with the advantages of heavy, crew-operated guided missile systems.

It is as a result of this agility, reliability and accuracy that the NLAW has been an important capability in Ukraine’s fight back against Russia’s illegal invasion, making up part of the 10,000 anti-tank weapons the UK has supplied to the Ukrainian armed forces.

The UK continues to be actively engaged with industry, allies and partners to ensure we can equip Ukraine with vital military support, while replacing at pace, equipment and munitions granted in kind from UK stocks.